SHERLOCK, PAC-MAN, and more: How CRISPR-Cas13 enzymes may be useful in the COVID-19 pandemic and beyond 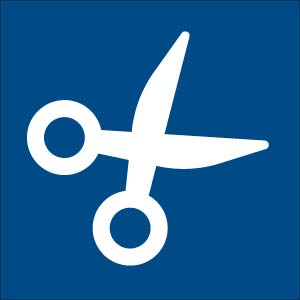 The CRISPR-Cas13 family of enzymes targets and cuts RNA instead of DNA. Since SARS-CoV-2, the virus that causes COVID-19, is an RNA virus, there is much ongoing research on using Cas13 enzymes to detect and treat this disease. Some of the main research in this area is described in this article. The findings demonstrate the great potential of CRISPR-Cas13 systems for detection and treatment of many diseases.

The SARS-CoV-2 coronavirus causing the COVID-19 pandemic is an RNA virus, and its RNA genome has been sequenced from many patients [1,2]. This RNA virus has attracted a great deal of attention in the CRISPR research community, as the newly discovered CRISPR-Cas13 enzymes target RNA instead of DNA, making SARS-CoV-2 a potential target.

Several members of the Cas13 enzyme family, in particular Cas13a, Cas13b, and Cas13d, have been characterized recently [3–5]. Cas13a has been successfully used for RNA knockdown in mammalian cells [6], and catalytically inactive Cas13b (dCas13b) has been fused to an adenosine deaminase for programmable RNA editing, known as RNA Editing for Programmable A to I Replacement (REPAIR) [7]. Several other uses of the Cas13 enzymes have also been described [8].

The activities of the Cas13 nucleases vary considerably depending on the species of bacteria from which they are derived [9]. Interestingly, Cas13 enzymes can show “collateral” RNase activity in addition to targeted nuclease activity. This means that when one of these enzymes is directed by a specific gRNA to an RNA target, the enzyme first cuts the specific target, and then, the enzyme is further activated to cut many unrelated RNA strands that may be nearby in the solution. Although this collateral RNase activity might appear to be a disadvantage in terms of specific RNA editing, it has made this enzyme family a powerful tool for development of CRISPR-based diagnostics including a method known as SHERLOCK.

Research on CRISPR-Cas13 for virus detection

SHERLOCK is an acronym for “Specific High-sensitivity Enzymatic Reporter unLOCKing.” This technique was first published in 2017 [10] and has been improved since then. The most sophisticated SHERLOCK technique is known as SHERLOCKv2 [11]. This uses a combination of multiple Cas13 enzymes as well as other enzymes, including Csm6, which exhibits RNase activity when activated by products of some of the Cas13 nucleases. The combination of these many nucleases allows specific simultaneous detection of multiple nucleic acid sequences. This can be clinically useful for determining whether a patient-derived specimen is infected with any of several viruses (e.g., for determining whether a patient has Zika or dengue virus in a single reaction). A protocol for using SHERLOCK to detect any nucleic acid sequence has been published [9]. As described below, this protocol was adapted in early 2020 specifically for research use only (RUO) detection of SARS-CoV-2 [12,13]. Shortly after this, the United States Food and Drug Administration (FDA) granted an Emergency Use Authorization of a kit using a modification of this protocol for COVID-19 diagnosis [14]. This CRISPR-based diagnostic test is now available from IDT* as the Sherlock™ CRISPR SARS-CoV-2 kit.

The principle of all SHERLOCK-type assays is that if viral RNA is present, a Cas13 enzyme complexed with a virus-targeting guide RNA will be activated to cleave the viral RNA and subsequently perform collateral RNase activity. However, to be practical as an assay to detect viral RNA at attomolar levels, the RNA must first be amplified. This is accomplished by isothermal amplification, a process similar to PCR but that does not require temperature cycling. Isothermal amplification techniques may include either recombinase polymerase amplification (RPA) [15] or reverse transcriptase loop-mediated amplification (LAMP) [16]. Isothermal amplification is followed by T7 transcription and Cas13 cleavage [9]. Before the Cas13 cleavage, the sample is spiked with a reporter, a small RNA strand bound to different molecules at each end—for example, the reporter RNA can have fluorescein (FAM) at one end and biotin at the other [13]. When Cas13 performs collateral RNase activity, it cleaves these reporter RNA molecules (Table 1), separating the two ends. For reporters with a FAM end and a biotinylated end, a lateral-flow strip can be used for detection: 2 bands appear when a sample is positive for viral RNA, but only 1 band is detected with a negative sample [11]. However, in the Sherlock™ CRISPR SARS-CoV-2 kit, the reporter is instead RNaseAlert® substrate, and the fluorescence generated by a positive test is detected using a fluorescence plate reader.

The SARS-CoV-2 detection protocol (RUO) publicized by Zhang et al. of the Broad Institute recommends amplifying 2 viral RNA sequences (the S and Orf1ab gene) and detecting both of them on lateral-flow strips to be sure of a positive result [13]. These 2 sequences are also detected in the Sherlock™ CRISPR SARS-CoV-2 kit. Several additional modifications of the SHERLOCK technique for COVID-19 diagnosis have also been reported [17]. A similar protocol (RUO) publicized by Metsky et al., also of the Broad Institute, takes a simpler approach by recommending only 1 crRNA sequence instead of 2, for targeting SARS-CoV-2 RNA [12]. That group has also provided sequences for targeting numerous other viruses on their website [18]. For research purposes, the RPA primers, crRNAs (Table 2), positive control DNA sequences, reporter RNAs (Table 1), and other custom sequences for all these protocols can be obtained from IDT.

Research on CRISPR-Cas13 for treatment of virus-infected patients

In addition to detecting SARS-CoV-2, CRISPR-Cas13 may also have efficacy in medical treatment of patients with COVID-19. Abbott et al. have published a method known as PAC-MAN (“Prophylactic Antiviral CRISPR in huMAN cells”), which may be valuable for this purpose [19]. Like the CRISPR-based detection methods described above, PAC-MAN may be applied for other viral diseases simply by changing the crRNA sequence used. The PAC-MAN method uses Cas13d, a protein much smaller than the other members of the Cas13 family and known for having strong target cleavage activity [5]. The PAC-MAN principle is to use Cas13d targeted by properly designed crRNA (Table 2) to cleave not only SARS-CoV-2 viral genomic RNA but also viral mRNA. Abbott et al. considered the entire genome of SARS-CoV-2 from 47 patients, aligned these sequences with those of SARS-CoV and MERS, and observed high levels of conservation in the RNA-dependent RNA polymerase (RdRP) gene and the Nucleocapsid (N) gene. Cas13d-stably expressing A549 (lung epithelial) cells were then transfected with pools of plasmids to express a pool of crRNAs directed against RdRP and N. Next, the researchers transfected the cells with either plasmid or lentivirus to express SARS-CoV-2 RdRP and N. Different pools of crRNA sequences had different levels of activity in suppressing expression of these SARS-CoV-2 genes. Depending on the pool of crRNA sequences used, up to 90% of the SARS-CoV-2 RNA was repressed. Abbott et al. also showed similar results with H1N1 influenza virus sequences. Abbott et al. pointed out that delivery of the Cas13d system to human cells and tissues will need to be investigated before a PAC-MAN system can be used in patients.

In addition to the techniques described above for detection and treatment of various viral diseases, especially COVID-19, there are several other similar CRISPR-based methods in the literature. Two methods similar to SHERLOCK but which use LbCas12a, without other nucleases, include “DNA endonuclease-targeted CRISPR transreporter” (DETECTR) [20] and “one-HOur Low-cost Multipurpose highly Efficient System” (HOLMES) [21]; these 2 methods differ from each other primarily in their readout methods. A method similar to PAC-MAN is CARVER (“Cas13-assisted restriction of viral expression and readout”), which uses Cas13a instead of Cas13d [22]. Since there are is such a large number of Cas13 nucleases (from numerous bacterial species), design of crRNAs for all of them is still a major field of investigation. Wessels et al. have recently published guidelines for designing crRNAs for the Cas13d nuclease [8]. For researchers interested in the above techniques or other Cas13-relevant sequences, IDT can supply all the needed crRNAs, other RNA sequences, and DNA sequences needed (RUO). Additionally, IDT has special expertise in producing FAM- and biotin-labeled RNA, which can be used for SHERLOCK reporter RNA in RUO applications.


*IDT is an OEM supplier and distributor for Sherlock Biosciences. This kit is currently only for sale in the USA. See additional information on the Sherlock™ kit web page.

RNAs and DNAs for Cas13 research

If you are interested in exploring CRISPR-Cas13 systems in your research, we can synthesize the RNAs and DNAs you need.